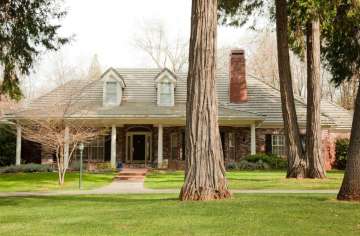 A group of Italian immigrants who first settled in Chicago took their fortunes out west to establish a new life and a pear farm. Little did they know that soon, the town now known as Peardale – Chicago Park was about to be overrun with 49ers searching for gold.

Before there was even a hint that there was gold in them there mountains, a group of pioneering first generation Americans thought they would find their fortune selling their prize winning pears. Instead, the thousand-acre orchard was ruined by gold rushers who inundated the region shortly after they had established themselves.

The city, however, was actually named in 1880 by German settlers who also immigrated to Peardale – Chicago Park from Illinois. The main draw to this small nook of the old west for the original settlers prior to the gold rush was simply the beauty and rich lands.

Today, there are no Bartlett Pear tree orchards remaining from the 1800s, but many would say that the city is still a great place to live. From the majestic oaks and cedar trees to the expansive Rollins Lake, it is easy to see why there was no need for gold to lure homesteaders to Peardale – Chicago Park.

Located between Colfax to the east and Grass Valley to the west, Peardale – Chicago Park offers its residents an abundance of outdoor recreation and beautiful terrain. Residents enjoy fishing on the lake, walking the many nature trails, and enjoying the quiet beauty of the Sierra Nevada foothills.

A greater proportion of residents living in Peardale – Chicago Park work from home than in almost anywhere else in the U.S. according to NeighborhoodScout. Interestingly enough, the community lies right off of the 80 and 174 highways, which offer a shorter commute than most other cities.

Perhaps it is because the residents in Peardale – Chicago Park are made up of high paid professionals who earn a high income. The same survey found that the more affluent the people in a neighborhood, the higher the percentage of those who work from home. Also communities that are in a remote location see a greater number of work-from-home professionals.

Another thing the survey found was that the city is one of the quietest in the entire country. That makes this location a prime target for retirees who just want to sit on the back porch and listen to the birds chirp. Peardale – Chicago Park is listed among the top 5 “retiree-friendly” places in California.

Both Peardale and Chicago Park are unincorporated and are both part of Nevada County. The cost of living is 4 points below the national average making it a rare find in Northern California.

It’s not only retirees who want peace and quiet in their neighborhood. You don’t have to be 50+ to want a quiet retreat at the end of your day. There are plenty of good schools in the area for parents of school-aged children.

Yet clearly there is a reason why Peardale – Chicago Park is considered one of the friendliest California towns for retirees. It is hard to escape noise, crime, and pollution no matter what city you live in. But, in Peardale – Chicago Park that is just what you get: low crime, low cost of living, and the quietest place in America to live.

If those things sound appealing to you, there is no better place to call home than Peardale – Chicago Park. Whether you are looking to get away yourself or become a novice real estate investor, this place sells itself. For more information about available properties or to discuss your relocation plans, speak with Kathy Papola today. 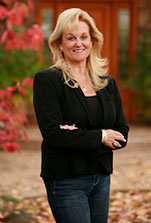